OK folks, this is not one of the more popular Italian dishes. I’ll bet you will not find it at Olive Garden, Bocca di Peppe  or Macaroni Grill.  For those of you who know what tripe is you have either tasted it and love it, tasted it and hate it, or never tasted it. For those who have no idea what tripe is, quite simply it’s the stomach of the cow. Beef tripe is the most common found in the supermarkets, but you can get tripe from any animal including sheep, goat, pigs and deer. I use fresh beef  honeycomb tripe.

I absolutely love tripe. I don’t just like it, I love it! I don’t make it often,  only about three times a year. But when I make it, my sons don’t eat it (although I have to say, they both tried it) so I eat it every day until it’s gone.  They love how it tastes , but they can’t get past the consistency and knowing what it is. I should have started them at an earlier age.

How nutritious is tripe?  Tripe contains a large amount of connective tissue which forms gelatin when cooked. And that is basically the consistency of tripe when you eat it. A 150-g portion is a good source of calcium, protein, niacin, iron, zinc, and copper and contains 7 g of fat, of which one-fifth is saturated.

But I make tripe because I love it!  Did I say that already? And I’m sure my grandmother made it because she and my grandfather loved it as well. I could remember the look on my grandfather’s face when my grandmother place a bowl of tripe in front of him. You think she just put the King’s treasure on his plate. As a matter of fact those were his words before he ate tripe or capozzelle (lamb’s head) “Ahhh, today I eata lika king!”  Grandpa, the King gave those scraps to the servants. My grandfather could buy and afford the best cuts of meats whenever he wanted them. I’m sure it didn’t hurt that he was a butcher. But when this peasant food was placed in front of him, he would comment he was eating like a King.  I love him!

So for the more adventurous of my readers I offer you this delicious recipe for Trippa ala Parmigiana. I could never get enough of it. And it’s just as good the next day reheated, and the next day, and the next. I’m glad my boys don’t eat this. Is that being selfish? 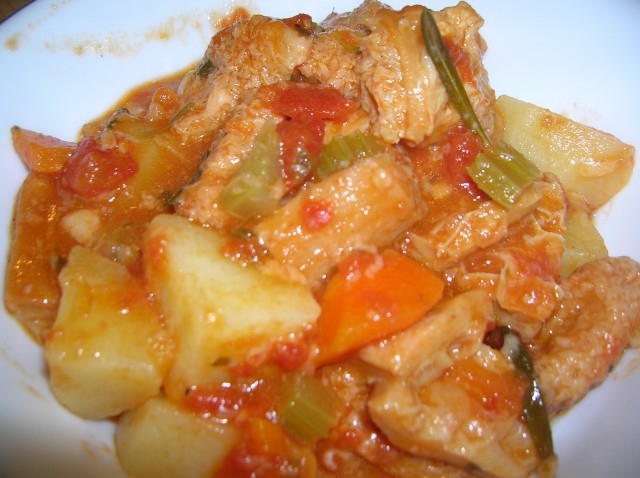 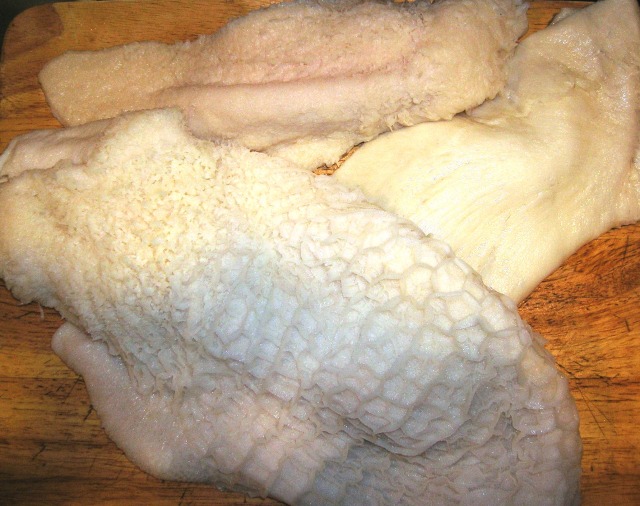 Most tripe you purchased is cleaned. Rinse thoroughly under cold water anyway. Bring 3 quarts of water to a boil. 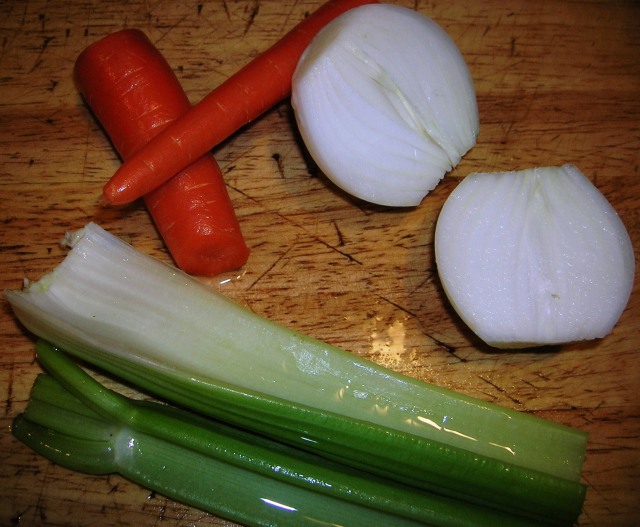 Add to it the carrot, onion and celery. 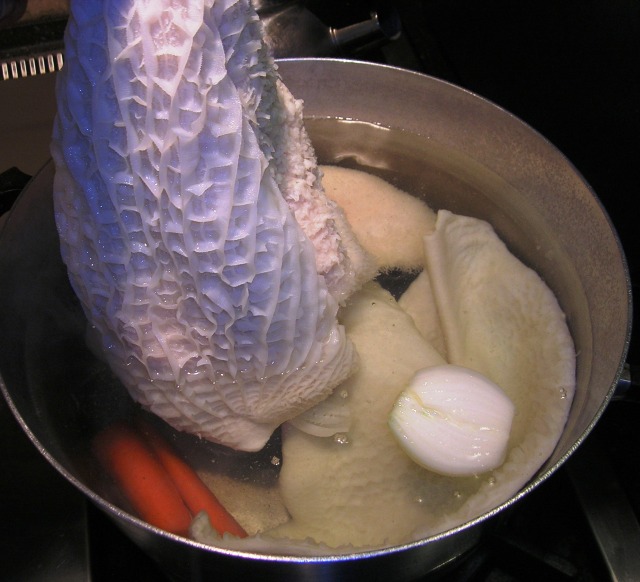 Add the tripe, cover and cook at a moderate boil for 20 minutes. Drain and place the tripe in a bowl to cool. Discard the water and vegetables cooked with the tripe. 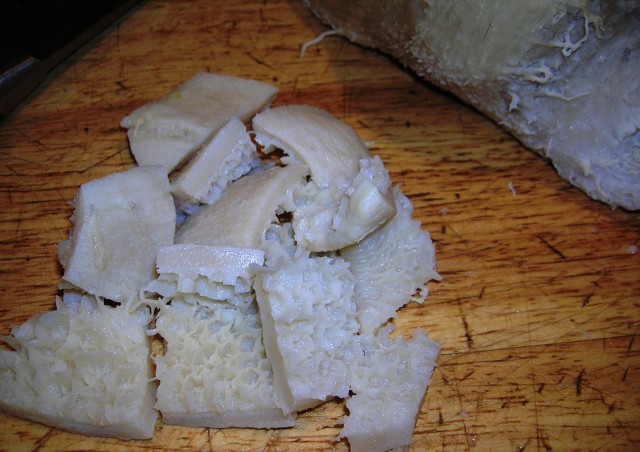 Once the tripe is cooled, cut it into little bite sized pieces and set aside. 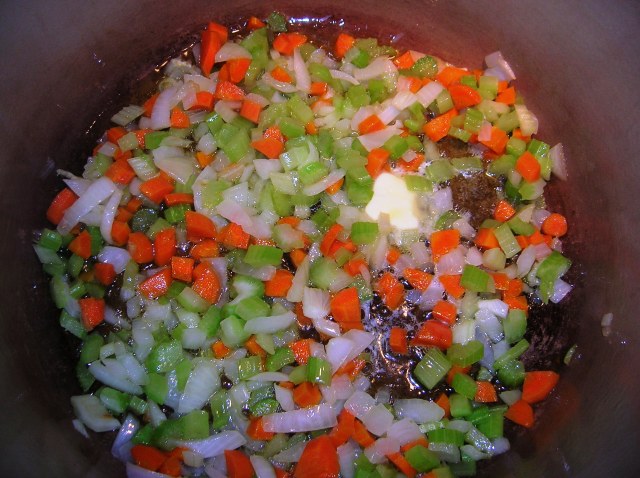 In a heavy casserole or dutch oven put the olive oil, 1 tablespoon of butter, and chopped onion, celery and carrot and cook slowly over medium low heat for about 5 minutes or until vegetables have gotten soft. 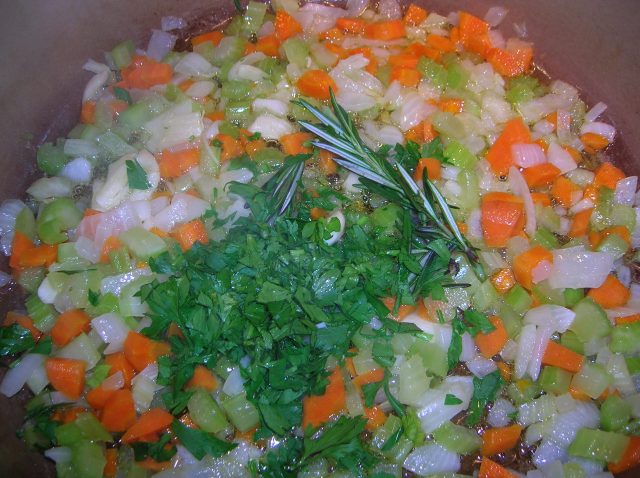 Add the crushed garlic, parsley, and rosemary and cook just long enough to stir everything well . 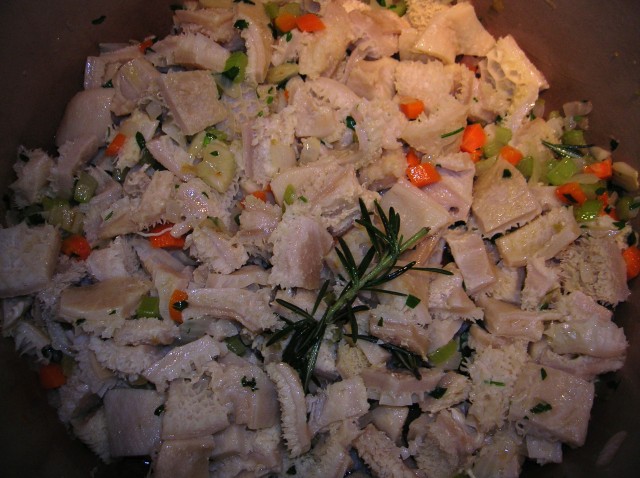 Add the tripe, stirring it into the vegetables and seasonings, and cook it for 5 minutes. Add the white wine and raise the heat to medium high, boiling the wine for about 30 seconds. 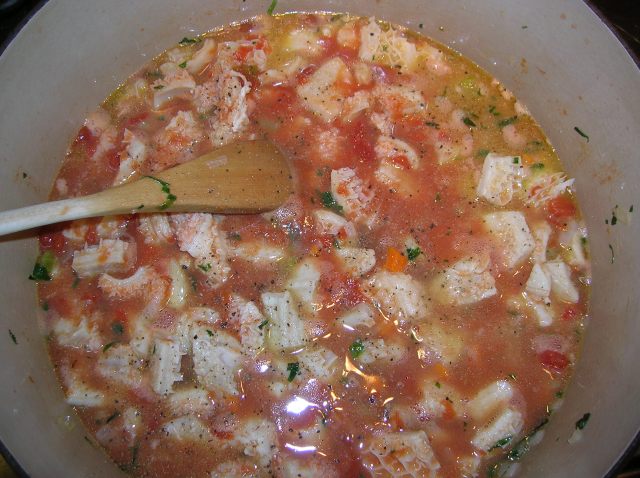 Add the tomatoes, freshly ground black pepper, 1 1/2 teaspoon salt and broth, enough to cover the tripe, and bring to a light boil. Cover the pot and bake for 2  1/2 hours. 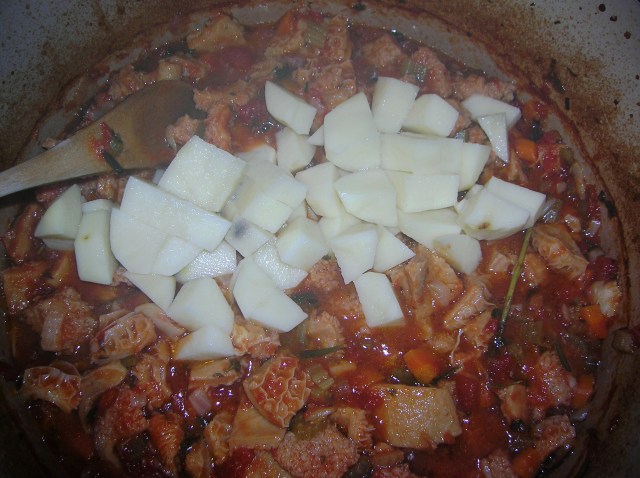 After the 2  1/2 hours, uncover the pot and check for liquid, add some water if necessary. Add the potatoes, stir into the tripe and cover and cook an additional 1/2 hour. 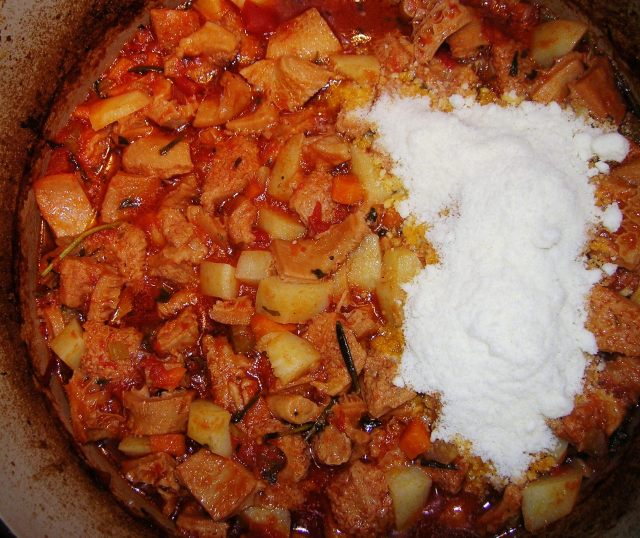 When done, remove from the oven and swirl in 2 tablespoons butter and 3/4 cup of grated Parmesan cheese. 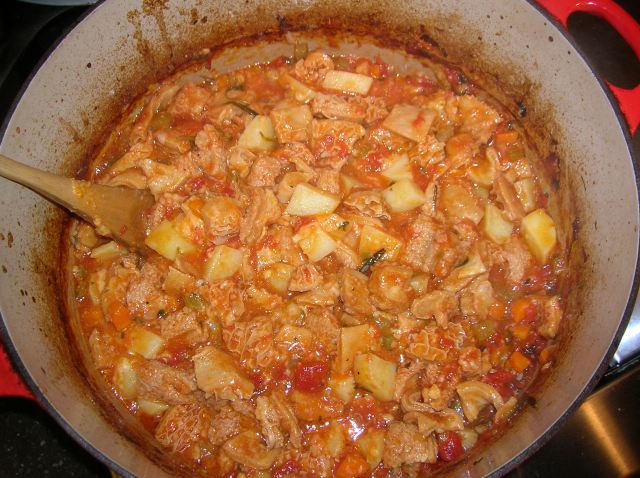 Peter was born and raised in Brooklyn, NY and is a second generation Italian-American. He has a degree in Journalism from Long Island University and is an avid photographer, gardener and pet owner. When Peter is not out selling, he is relaxing at his home in North East Pennsylvania and cooking for his sons, Michael and Joseph, family and friends. Peter's passion for food was inspired by his Mother's and Grandmother's cooking, but at the age of 10 Peter felt he could do it better himself, so he did.
View all posts by Peter Bocchieri →
This entry was posted in Beef and tagged beef tripe, honeycomb tripe, tripe, trippa, trippa alla parmigiana. Bookmark the permalink.