What could be more comforting than a dish of homemade rice pudding? And if it’s made with arborio rice, well, than it’s Italian Comfort Food! Rice Select Arboria Risotto Rice — 36 oz

The perfect rice pudding should not have rice kernels that are al dent. Sorry, save that for macaroni. I’ve had rice pudding at some diners that you were chewing the rice long after you swallowed the pudding. Not good. I want my rice pudding to be velvety  smooth, rich and creamy. There are different ways you can flavor your rice pudding. You can add raisins or cinnamon. I prefer vanilla. If you can get vanilla bean, all the better. If not vanilla extract is OK.

Many years ago, about 30, I bought rice pudding from a local deli in Pearl River. It was the best rice pudding I had ever eaten. It took me months, but eventually I got the recipe. I was amazed on how simple it was. It only contained rice, milk and sugar. That’s it. Over the years I have added my own touches and came up with this recipe that produces the most smooth, rich and creamy rice pudding you can make.

Rice pudding takes time to make and needs attention throughout the cooking process, so carve out an hour or so from your day to make this fine dessert. It’s a great way to relax and contemplate your day as you stand over the pot and stir the mixture up. In the end, it will be worth the time and effort. 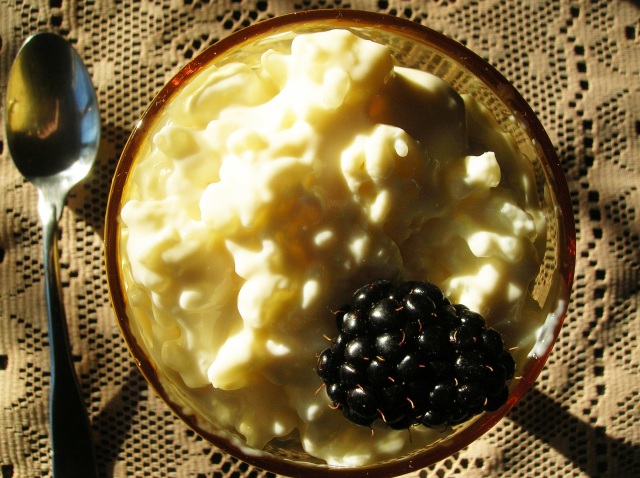 In a medium size pot add 6 cups of water and bring to a boil. Add the rice and cook, uncovered, for 6 minutes. Strain the rice well, discard the water. There is so much starch in arborio rice if  you didn’t take this step the pudding would be too firm.

In a large heavy pot pour in milk,  par boiled rice, cream, sugar and vanilla. Set on medium high heat. Stir while mixture comes to a boil. Reduce the heat to medium. Continue stirring and simmer for about 40-45 minutes, or until thickened. After about 40 minutes you will notice the pudding really thickening. Hang in there. Continue stirring for the remainder of the time. Remove from heat and allow to slightly cool  before placing in a container to store covered in refrigerator. Rice pudding will thicken further when chilled. 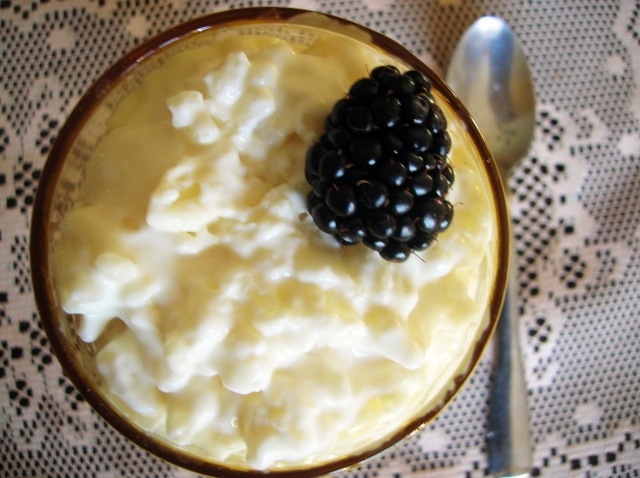 Peter was born and raised in Brooklyn, NY and is a second generation Italian-American. He has a degree in Journalism from Long Island University and is an avid photographer, gardener and pet owner. When Peter is not out selling, he is relaxing at his home in North East Pennsylvania and cooking for his sons, Michael and Joseph, family and friends. Peter's passion for food was inspired by his Mother's and Grandmother's cooking, but at the age of 10 Peter felt he could do it better himself, so he did.
View all posts by Peter Bocchieri →
This entry was posted in Dessert and tagged aborio rice, arborio rice pudding, Award winning rice pudding, best rice pudding, creamy rice pudding, homemade rice pudding, rice pudding. Bookmark the permalink.