I had a lot of friends growing up. On my block alone there were no less than 20 kids, all around the same age. And during the summer months we never left the streets to go inside until the  street lights came on.

My next door neighbor Junior was my cradle buddy. We were born about 4 months and two days apart. So I had a playmate right across my driveway. From the time we could walk,  and even before that, Junior and I were always together. We were at each other’s first birthday, we shared a pool in the back yard. We even got in trouble together. One day we decided to play “mailman”, so we went around to all the houses on our side of the block and collected the mail out of everyone’s mail box. And then we delivered them.  I guess you could say it was mail roulette.  I don’t think we were old enough to read the names and numbers on the letters. Did that matter? It did to our parents when they found out we mixed up the blocks mail delivery. They were not happy. Juniors brother-in-law Nicky was a police detective. Our own mother’s turned us in. Nicky sat us down and put the fear of God into us. We never did that again. But we used to love to ring  the door bells of the old grouches  that lived on the block, then run away. Especially the ones that didn’t give us candy on Halloween.

I met Mike Rizzo when I was 13 years old. He moved to my neighborhood from Park Slope Brooklyn, back when Park Slope was not as nice as it is today. You can say that he and his family moved “uptown” when they came to 77  Street. I remember that day as if it were yesterday. All us kids were playing “slap ball” on the corner in front of the garages. Slap ball was like baseball, with two teams, except you didn’t have a bat or a glove or a baseball. We played with a pink ball, either a Spaldeen, or God forbid, a Pensy Pinky. We would draw bases on the street with chalk.  The guy from the other team would pitch you the ball, if he was any good he would put “stuff” on the ball,  and the “batter up” would slap it with his hands and run the bases. It’s amazing the number of games you can play with a pink ball. Box Baseball, Stick Ball (ok, so you needed a broom stick. That was easy enough to come by), Stoop Ball, Punch Ball, Hit the stick, Hand Ball. So you could imagine the lengths we would go through if the ball went down the sewer or bounced on a roof. You fished it out of the sewer and climbed what ever roof you had to in order to get it back. Other wise all play would stop!

I was on deck when Mike came walking up the block coming home from school. He was finishing up his year in his old neighborhood so he would take the half hour train ride to get home. As he walked by he glanced over at the “gang” of kids playing ball but hesitated to slow down. Someone shouted out “that’s the kid that moved into Georgie’s house on the corner”. That caught Mike’s attention and he stopped. Mike and I were friends ever since.

When I met Mike Rizzo I was an avid listener of Herb Albert and the Tijuana Brass and Montovani.  Hey! I used to play tenor saxophone in band class in Junior High. He introduced me to Cream, Jimmy Hendricks, The Doors, Black Sabbath. Mike brought that edge to our friendship. And I brought him into our family. We were like brothers. And Mike always had my back. When he showed me the pair of brass knuckles he made in metal shop class I knew he came from good stock.

We did everything together. We had our first drink together, or first cigarette, met our first girl friends together. Even our parents became good friends and we would take trips together to Baker’s Camp in Orange county, Washington DC, The Amish country, even Mount Airy Lodge. Mike was in my wedding party, was there when my first son was born, who we named Michael. I was even Godfather to his son. And when his job took him away for months at a time we would always get together when he got back, like he never left.

When Mike and I were in high school we would cut class from time to time. Both his parents worked and his sister Susan was in school so his house made the perfect hide out.

I would leave my house in the morning and my mother would hand me my brown paper bag lunch, complete with oil stains. I would walk in the direction of my school, New Utrecht High School, which was only two blocks away. This was before cel phones. I would slip into the candy store on the corner and call Mike from the pay phone.  “Hey Mike, It’s Pete. Wanna cut class today? ” The answer would always be yes. I would walk up to the Avenue he lived on and then cut across to his house, to avoid being seen by anyone, especially my mother.  Mike would be waiting by his front door and as soon as I got up to his steps he would open the door and let me in. Safe. No one saw us.

There was a period that Mike and I cut more classes than we probably should have, and it caught up to us.

We were sitting in his living room, watching TV and sharing my lunch. Mike had a wrought iron fence that surrounded his property. And when the gate to that fence was opened it made a very distinct squeak. If that wasn’t enough to tell you someone was at the gate, Mike’s dog Patches would sound the alarm that someone was coming.

Mike got up from the sofa and looked through the blinds to see who was there. “PETE, IT’S YOUR MOTHER!” Mike said. Michael was always busting my chops and for sure I knew that is what he was doing now. “Sure Mike, right”, I said. “NO, REALLY, IT’S YOUR MOTHER!” Mike repeated. I still didn’t believe him. There is no possible way my mother would know where we were. Let alone we were not in school. We had been doing this for years!

Never, ever, underestimate the things your mother knows.

The door bell started ringing and Michael really had a panicked look in his eyes. “I’M TELLING YOU, IT’S YOUR MOTHER!!!!”

Ok, so if I look and it’s the mail man or some bible salesman the jokes on me. I reluctantly turned around and looked out the window and caught a glimpse of the last person on earth I wanted to see. My mother! I jumped up and shouted in the lowest voice I could muster up, “holy crap! What are we going to do?” The logical thing to do was sit quiet and lay low. It’s not like we had cars parked outside the house. She didn’t have a key. Just wait till she went away. We were not being logical. Mike said, “go hide and I’ll answer the door and tell her I’m home sick.” So I ran into the bathroom and shut the door. Mike answered the door, the brave soul that he was, and confronted my mother. “What are you doing home?”, my mother asked. “I’m not feeling well Rose, I stayed home from school today”. “Where’s Peter?”  Michael responded in the best sick voice he could, “I don’t know Rose”.

When you are in a panic you never totally think any thing through. In my haste to get out of sight I totally forgot to ditch my coat and books that were clearly in view on the kitchen table. As my mother pushed her way into the house she saw them. “I see Peter’s coat there Michael. PEETA! Where are you!”

“I’m in the bathroom mom. I’m not feeling very well”. I was telling the truth. At least my mother had the decency to not wait for me to come out of the bathroom and drag me by my hair back to the house. “Get home right now”, she said. And as she passed Michael heading towards the front door she said, “wait till I talk to your mother Michael!!” And then she left.

There weren’t many words that passed between me and Mike as I gathered my coat and books. We were both shell-shocked by the incident. Mike said, “I’ll see you later.”

There are good reasons why parents get involved in their children and what they do. My mom became good friends with my guidance counselor at school. And when I didn’t show up for class in over a week, my guidance counselor called my mother to see how I was feeling.   You can imagine my mother’s surprise when she got that call. But how did she know that I would be over Michael’s house?……..never underestimate the things your mother knows. 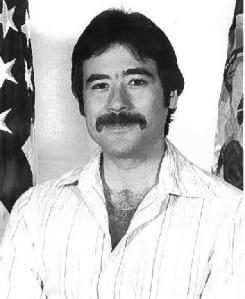 When I lost Mike, a part of me died with him. Mike was injured in a work related accident while on the job for the Pennsylvania Railroad. I remember I was down the Jersey Shore with my children that weekend. When I got home Sunday night it was around 10 o’clock. Mike called. He just got out of the hospital from being treated after a transformer exploded in front of him, covering him with toxic chemicals. He was staying at his parents summer-house in the Poconos.  His parents left that evening  to drive back to Brooklyn because after he was released from the hospital  the doctors said that Michael would be fine.  Mike was going to follow the next morning, so he was up there alone.

I heard a yearning in his voice, a sense of urgency.  He sounded winded and was coughing. It was  a while since we got together and with all the mishap that entered his world he needed the comfort and reassurance from a good friend, his best friend, his brother, that everything was going to be alright and get back to normal.  We made plans to see each other the following weekend.  Mike died in his sleep that night. I was the last person he talked to that evening.  It was as if he knew we would never speak again.

I got a call from my mother the next morning with the terrible news. That was almost 15 years ago. I still miss him.

Block of ice to cool the punch

Mixed the cans of pink lemonade concentrate with water according to directions in a large punch bowl. Add the ginger ale, Angostura bitters and whisky. Stir gently. Add cherry and block ice.

Peter was born and raised in Brooklyn, NY and is a second generation Italian-American. He has a degree in Journalism from Long Island University and is an avid photographer, gardener and pet owner. Now that Peter is retired, he is relaxing at his home in North East Pennsylvania and cooking for his sons, Michael and Joseph, family and friends. Peter's passion for food was inspired by his Mother's and Grandmother's cooking, but at the age of 10 Peter felt he could do it better himself, so he did.
View all posts by Peter Bocchieri →
This entry was posted in Drinks and tagged ginger ale, pink lemonade, Punch. Bookmark the permalink.